“I have two black labradors - both of which are used to compete in Field Trials, Working Tests and of course Picking Up on a large Shoot.

Sadly at the end of last year’s shooting season Blossom had a severe limp in a front leg. Nothing seemed to work so in the end we were sent off to the consultants and £2,500 later to be told (and indeed shown in photographs!) that she had severely damaged her biceps Ligament. Needles to say the injection did nothing!

Later in the year I took the dogs to the vet for their annual ‘jabs’ and asked if Picking Up would permanently damage the dog. I was asked if I’d ever considered Acupuncture and when I replied yes but the previous vet appear to make it very difficult to get alternative treatment. Not in this practice I was told, we now have a vet who practices Acupuncture from one of our clinics. I quickly found out all about it and made an appointment with Mar Alonso.

What can I say, after 4 sessions of up to 15 needles Blossom no longer appears to limp; she can do the hardest day work and still no signs of her damaged leg. I know the treatment cannot cure a damaged ligament but what is has given my dog  is her active life back with no discomfort.

Meanwhile her mother’s limp re-appeared after a four year absence. So an appointment was immediately made for Plum - and to be honest, she couldn’t take the needles at all, in fact it appeared that her body ‘pushed out’ every needle and it did nothing to help but... on the fourth session laser acupuncture was used (no needles) and after just one treatment the difference is amazing and she is so much happier and nearly limp free.

I cannot recommend Acupuncture enough and an added bonus is that it’s drug free! Ticks all my boxes!” 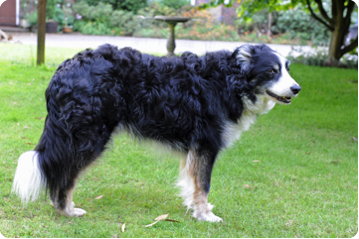 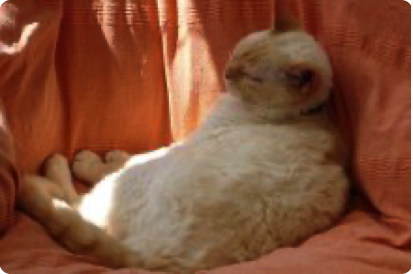 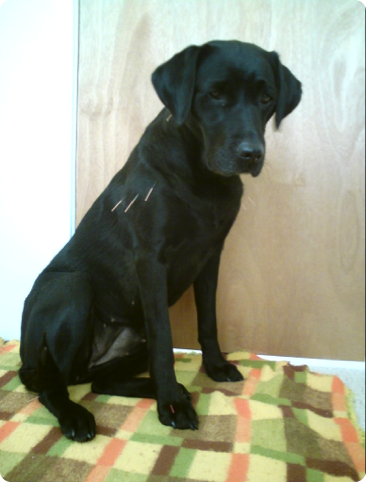 “Merlin 13 Flint 11 are both Border Collies.

Merlin developed back problems a few years ago and is on anti-inflammatory pain killers to help him. In our efforts to reduce the amount of these we started a course of acupuncture with Mar. She very gently but very thoroughly gave him an examination to start with and Merlin had a course of acupuncture once a week for five weeks. We now plan to go as necessary perhaps once a month. He also for some unknown reason became seriously ill. Tummy upset ugh! and we thought we were going to have to carry him back from his walk. He managed it back just, but we were worried we were going to loose him.  Mar visited and treated him with acupuncture, he recovered amazingly quickly. Although not as fast as he would like as you can see from his picture he is in pretty good condition bearing in mind his age.

Flint was diagnosed with Rheumatoid Arthritis when he was three. After the success with Merlin we decided to see if a course with Mar would help as he had recently started to get worse, after a long period when his condition was in remission. This was harder as  Flint is in more pain and is not as good a patient as Merlin. Mar however has managed 3 sessions with him, some acupuncture and some laser treatment on his swollen front feet. He likes the laser treatment. Again his photo shows him well.

Both dogs go for two 45 plus minute walks a day,  not at quite the same speed as in earlier years. We would totally recommend Mar to anyone.”

“In January this year my cat Oskar was diagnosed as having arthritis of the spine.

He hates taking any medicine and I knew this would make life difficult for him and me. We were lucky to find Mar Alonso, I found her leaflet at an Homeopathic Centre.

When he started his treatment his back legs were very wobbly and at times he made terrible shouting noises around the house.

Oskar, as the treatment was taking place over the weeks, started to move and instead of digging his claws to jump on my lap he found he could leap.

We have been attending Mar for about 12 weeks now and suddenly Oskar is playing again, something he has not done for years, his back legs don't have that wobble. I'm very glad that we went down this route and to see the improvement in him of course makes me happy. We are aware this is not a cure but to know he is not suffering is most important to me.”

Dibley (Sh.Ch. Rudishaw Right Reverend Dangvord) is a German Wire haired Pointer, now aged 9 years old, who in his younger days not only had success in the Show ring but also won gun dog working tests at Novice and Graduate level.

Towards the middle of last year, he began to show occasional lameness in front but which rapidly became worse in September 2012.

Rather than go on a long course of drug therapy we decided to try acupuncture instead and our vet suggested that we made arrangements to visit Mar Alonso in Haslemere.

As a retired Dental Surgeon I will be the first to admit that I was not too convinced about the efficiency of this form of treatment as I do not understand why it should work !!!

After three sessions of acupuncture and low level laser therapy the dog had almost returned to normal and clearly was having little if any discomfort.  The following three sessions were spread over longer intervals apart and we have decided just to return for an occasional “top up” throughout the year.

It is wonderful to see him running about again with all his old enthusiasm.

Our sincere thanks are due to Mar for all her kindness and quiet patient handling of Dibley. 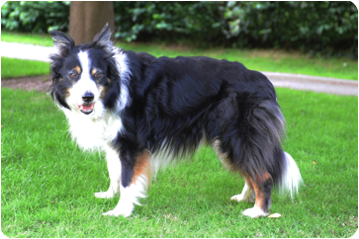 I was referred by my regular vet to Mar about 18 months ago as my elderly Labrador Joey had been having fits. These had been all too frequent, we couldn’t understand why he was fitting and I was extremely worried. Having successfully experienced acupuncture myself I felt sure that to stick needles into Joey would be impossible. However I was prepared to try anything with little expectation of a positive result. Joey’s first session with Mar was a tremendous success he relaxed within minutes. Mar has clearly made a huge difference to his quality of life - fits are very few and far between. I cannot praise her too highly and have confidence to refer my own clients to her.  Not only is her treatment clearly effective, but it is also a pleasure to see the enthusiasm Joey displays in seeing her and his reluctance to leave! 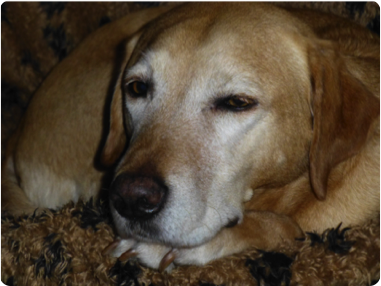 We have a 12 year-old Labrador called Oscar, who is in fine form for his age, but with slightly arthritic joints. I was referred to Mar from my Vet, as I wanted an holistic alternative to medication for him.

For almost 2 years now, we have been seeing Mar, every 6-8 weeks.  The results, from a combination of laser and acupuncture have been excellent. Oscar loves the sessions, is totally relaxed, and in her most capable and gentle hands is a different dog when we leave. The sessions give him a real lift, a marked reduction in stiffness and a renewed spring in his step!

Mar has great empathy, and her wealth of knowledge as a Vet compliments the service she offers, giving us the opportunity to keep Oscar moving freeing and comfortably without the need for any medicinal intervention.

I can recommend Mar without reservation. She provides the highest level of complimentary therapy in the most professional and caring manner. 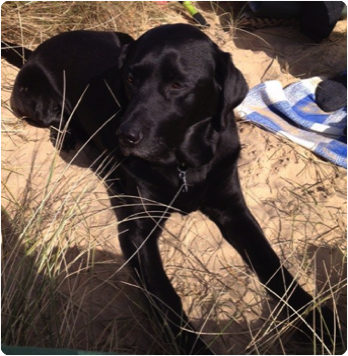